Already been to Paris, Rome, and Barcelona and looking to get off the beaten path and explore something new? There are so many other alternative European cities that offers everything you can expect from a city break, a vibrant city life, culture, good food, shopping, history and sightseen. In this article we’ve listed 6 alternative European city breaks for you to get inspired. 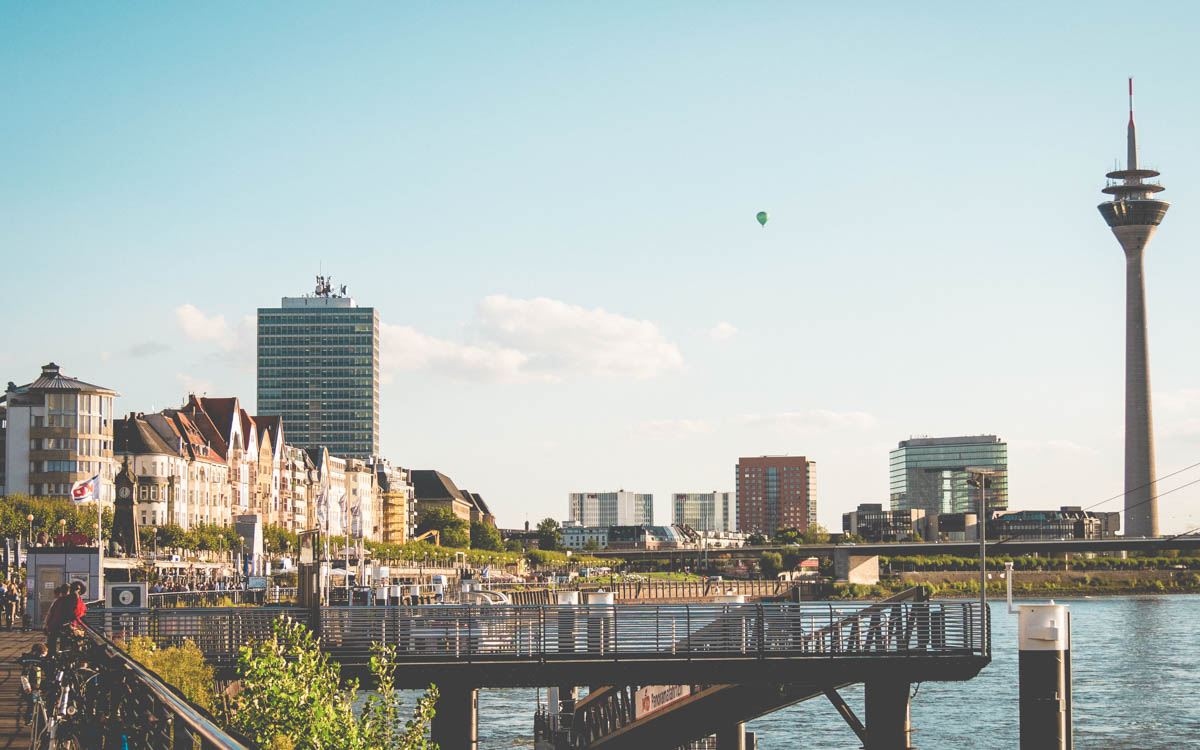 Düsseldorf is the perfect weekend destination but there are enough attractions to keep you busy for several days if you’d like. The city never feels crowded with tourists and you can easily blend in with the locals. Like many other European cities Düsseldorf has a strong history with a charming old town, but at the same time feels modern with its innovative architecture in Medienhafen district, and with its vibrant city life. Get a 360-degree panoramic view of the city, its surroundings, and the river Rhine from the top of the 240m high telecommunication tower Rheinturm, enjoy nature in Wildpark Zoo in the city center, marvel at amazing street art at Kiefernstrasse or go shopping along Königsallee. 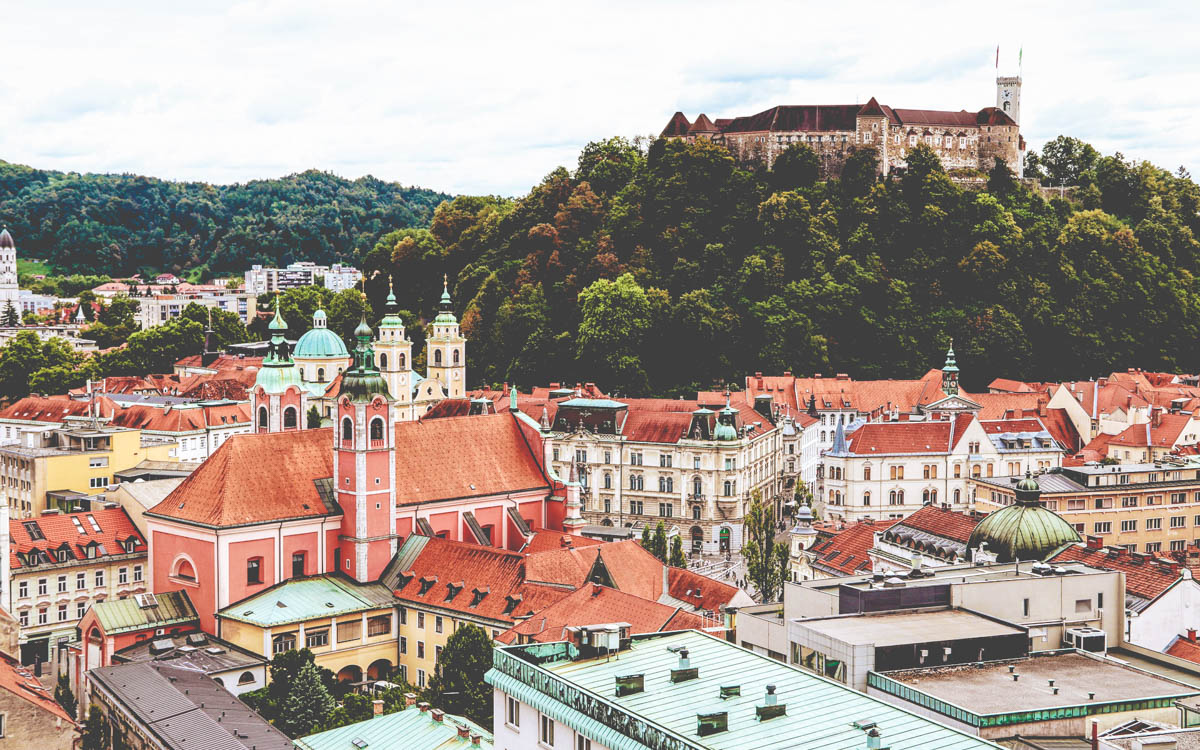 The city of Ljubljana has a romantic feeling with its fairytale-like scenery, many bridges, impressive architecture, and rich history. As one of Europe's smallest capitals, it really has a lot to bring to the table. Be greeted by the impressive Ljubljana Castle, the city’s most important landmark rising proudly in the middle of the city on a 375m high hill. The perfect place to enjoy magical sunsets in the evenings. With its modest size you can easily explore the city center in one day. Car traffic is limited in the city center leaving the medieval picturesque streets free for pedestrians. Stop at one of the cozy cafes along Ljubljanica River that runs through the heart of the city. Jump on a SUP board and explore the city from the river side, an excellent and exciting way to get to know the city. A must in Ljubljana is the Metelkova District, an independent and alternative cultural hub that offers art galleries, nightclubs, bars, concert halls of various design studios. Just an hour away by car is the beautiful Lake Bled with amazing surroundings where you can hike, swim or just enjoy the nature. 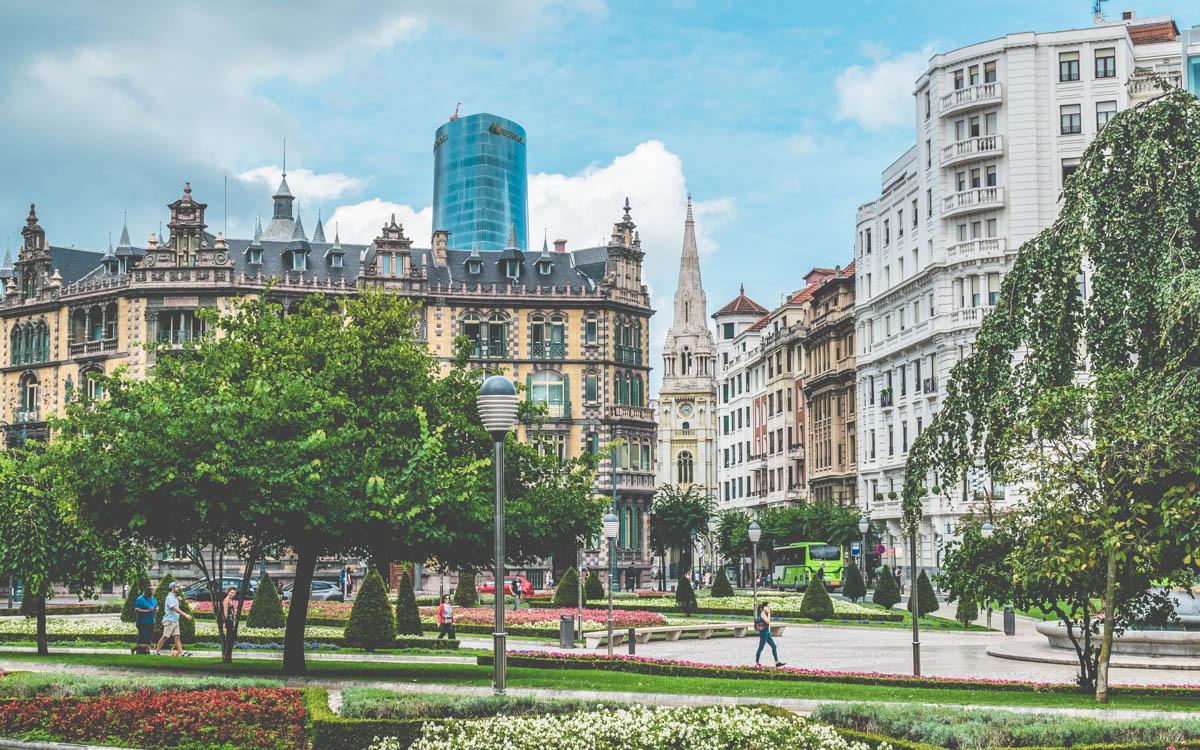 Revel in food and culture during your weekend in Bilbao

Bilbao is the old port and industrial city that has transformed into a global center for art, architecture, and gastronomy. It’s a fascinating city completely different from the Spain you’re use to, with a mix of tradition and modern-day, and the unique Basque culture with its own Basque-language. Food has a central role in Bilbao where Michelin restaurants are mixed with more intimate local restaurants. Go on a bar-hopping-tour and try each bar’s version of the traditional pintxos, the Basque version of tapas. In addition to world-class food, it’s the Guggenheim Museum that’s put Bilbao on the world map. Only the museum's spectacular shining architecture is worth a visit. Head to the old part of town, Casco Viejo and enjoy beautiful buildings in colorful architecture, narrow crooked alleys and interesting shops and bars. Right on the edge of the old town you’ll find the famous La Ribera market. If you want to see Bilbao from a different perspective a tip is to rent a kayak and slide down River Nervión and experience the shifts in architecture, past Guggenheim and under the beautiful bridges that crosses the river. As a day trip you can take the train to San Sebastian, the Basque Country’s second food mecca. The ride only takes about 2 hours. 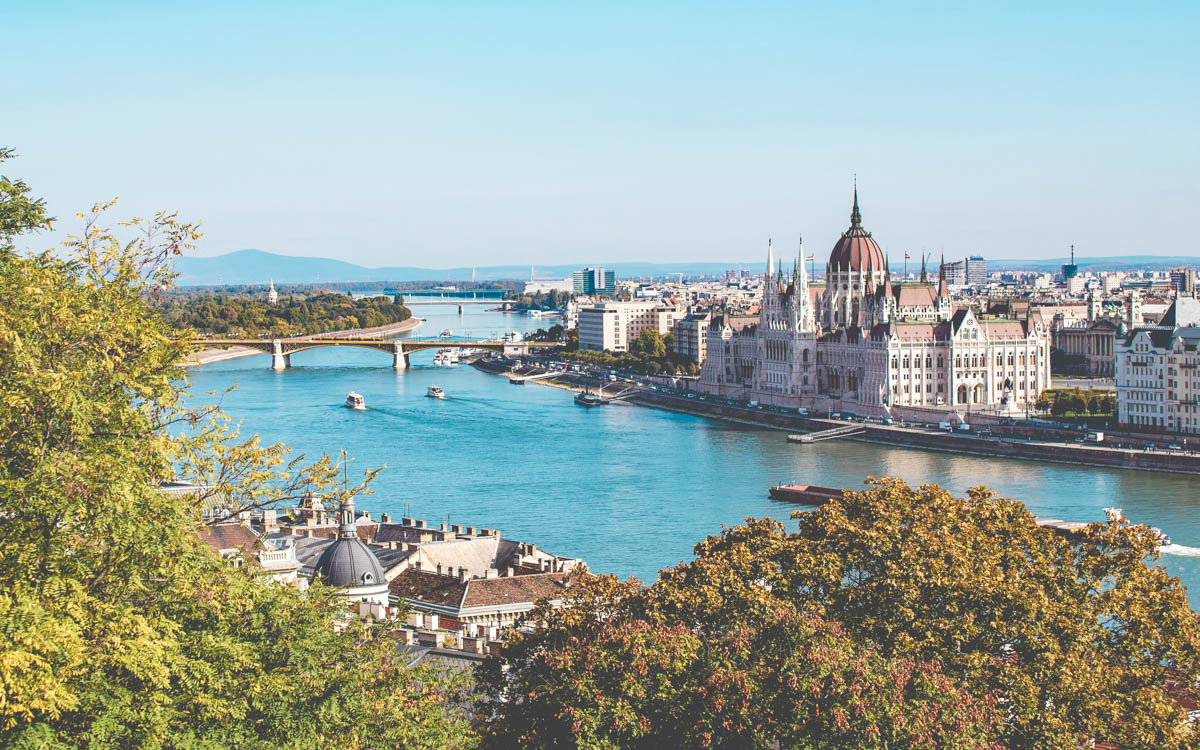 From ruin bars to thermal baths in Budapest

As one of Europe's most well-preserved cities after the Second World War there are plenty of things to see and do in Budapest. Everything from relaxing thermal baths to trendy ruin bars, magnificent architecture at the Caste Hill and lush green parks in the middle of the city. Take a boat trip along River Danube to get a first-class view of the iconic and beautiful parliament building, visit the impressive St. Stephen's Basilica, the city's crown jewel from the 19th century, and enjoy the greenery and spectacular music fountain on Margaret Island which plays coordinated music with a water and light show. Whatever you choose to do a weekend in Budapest is just enough time to get a taste of what the city has to offer and make you want to return again and again. 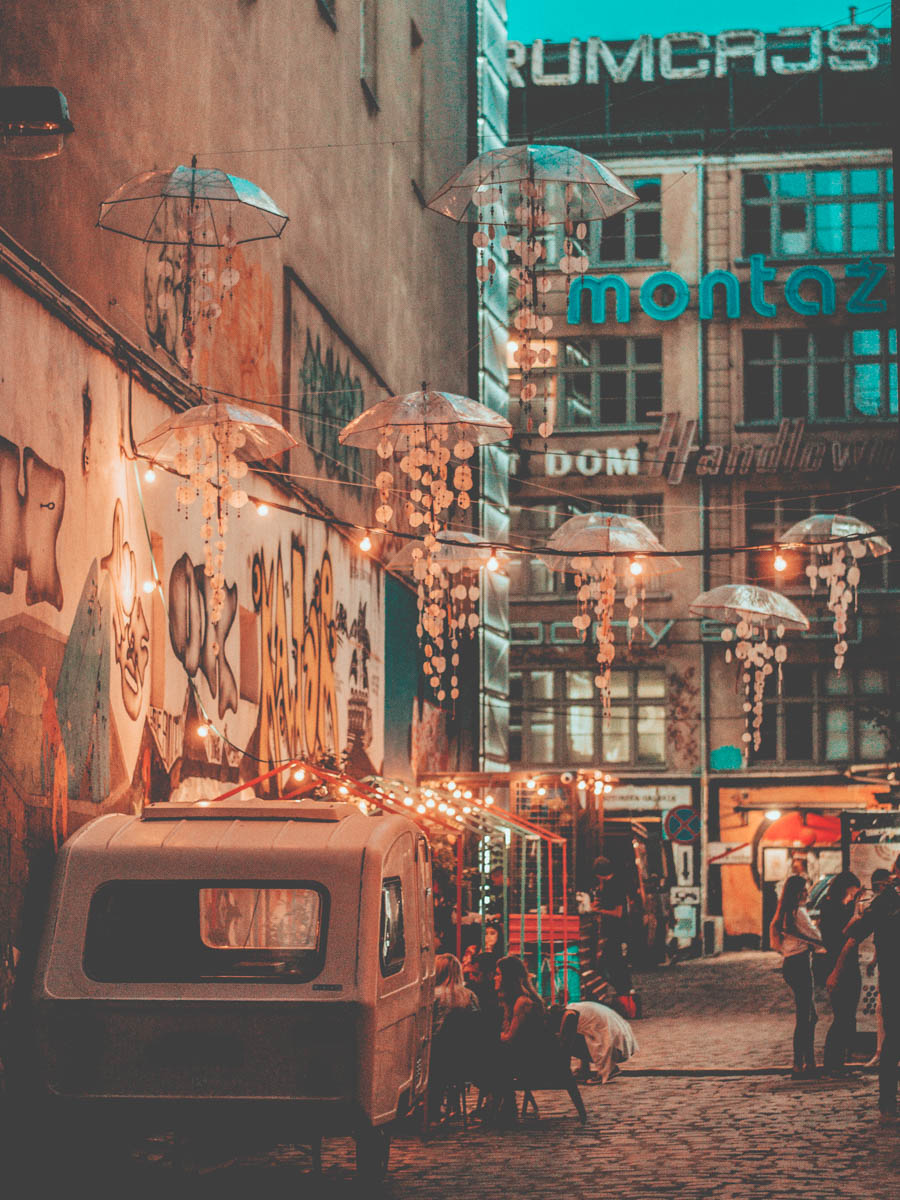 Nicknamed Poland’s Venice with more than 100 bridges and 12 islands, Wroclaw is not only beautiful, the city is also full off art, historical sights and plenty of cafes where you can stop for a coffee, beer or something to eat. Wroclaw is a vibrant city and cultural hub with several theaters, major festivals, and a lively nightlife. The architecture is unique after taking on Bohemian, Austrian and Prussian influences. The architectural mixture can be seen at the impressive market square Rynek, one of the largest market squares in Poland. Across the city you’ll find small bronze statues of dwarves that tell the story of Wroclaw. Head out on a dwarf hunt, a fun and unusual way to explore the city. Stop to relax in the botanical garden, an oasis of tranquility in the heart of the city center, visit the Wroclaw's University Museum who not only offers interesting old works but is also one of the best vantage points in the city with an old astronomical observatory 42m high, or visit Poland's oldest and one of Europe's largest zoo and Afyrarium, an aquarium with a theme only dedicated to the fauna of Africa. 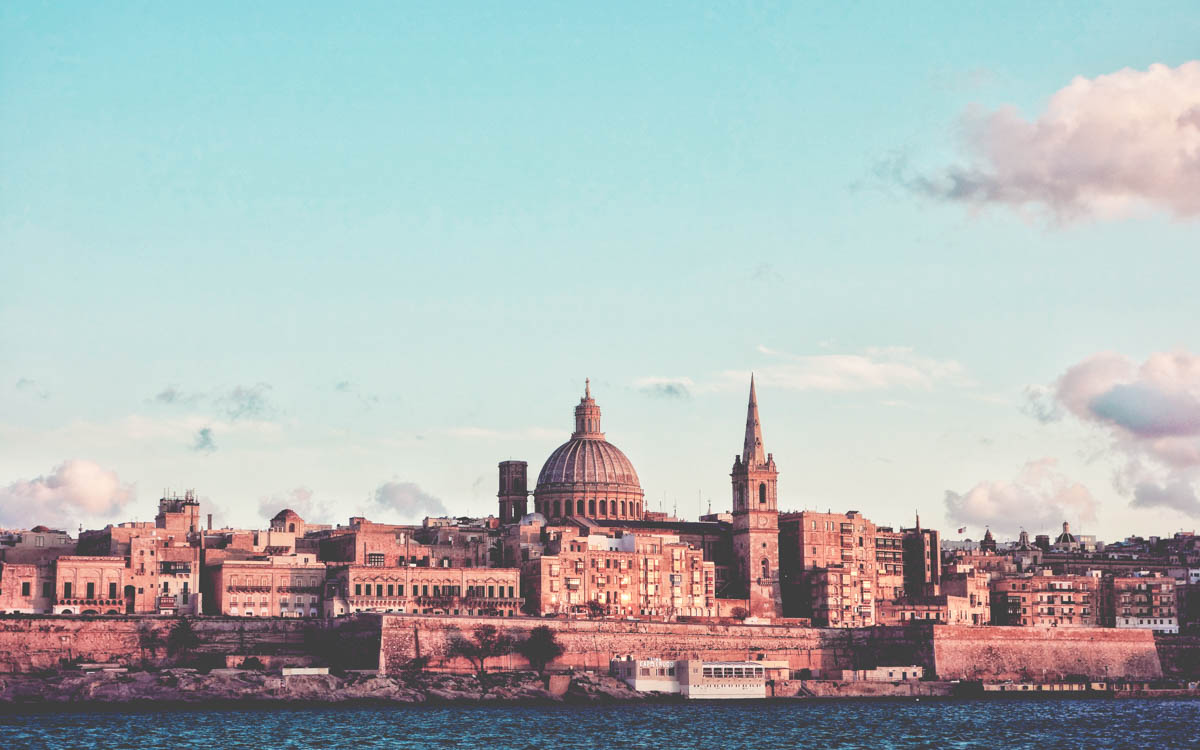 Get to know the unique Valletta during a city break

Valletta is the incredibly beautiful capital of Malta, surrounded by high city walls and the blue waters of the Mediterranean. The city is quite unique with only about 1km in circumference and where each street leads to the sea. Valletta is a small metropolis with a rich history, interesting sights, and lots of things to see and do. Since the 80's, the city is listed on the UNESCO World Heritage List. In recent years Valletta has blossomed with exciting restaurants, renovated buildings, and a growing nightlife. New museums, galleries and other cultural experiences are established. Head for the fortress at the far end of the headland and get a view of the harbor intake and imagine the historical importance of this location. Inside the fortress you’ll find the Malta War Museum where you can learn about Malta's history and the country's role in history through the centuries. Even With its small size Valletta has a lot to offers its visitors and is a perfect weekend destination for anyone who loves history, good food, and scenic views.