Discover Lyon - A guide to the Highlights of Lyon

Being the third largest city in France, Lyon can be described as a hidden treasure. The city offers impressive architecture, a vibrant city and nightlife, fantastic food, beautiful nature and world-class shopping. Let us guide you to the city's best highlights.

Lyon is often called the capital of gastronomy

It is difficult to talk about Lyon without mentioning the food. It is one of the city's top highlights. Among gourmands, the city is known to be a gastronomic mecca, where exclusive Michelin restaurants are mixed with intimate local restaurants where you can experience French food and drink at its best. 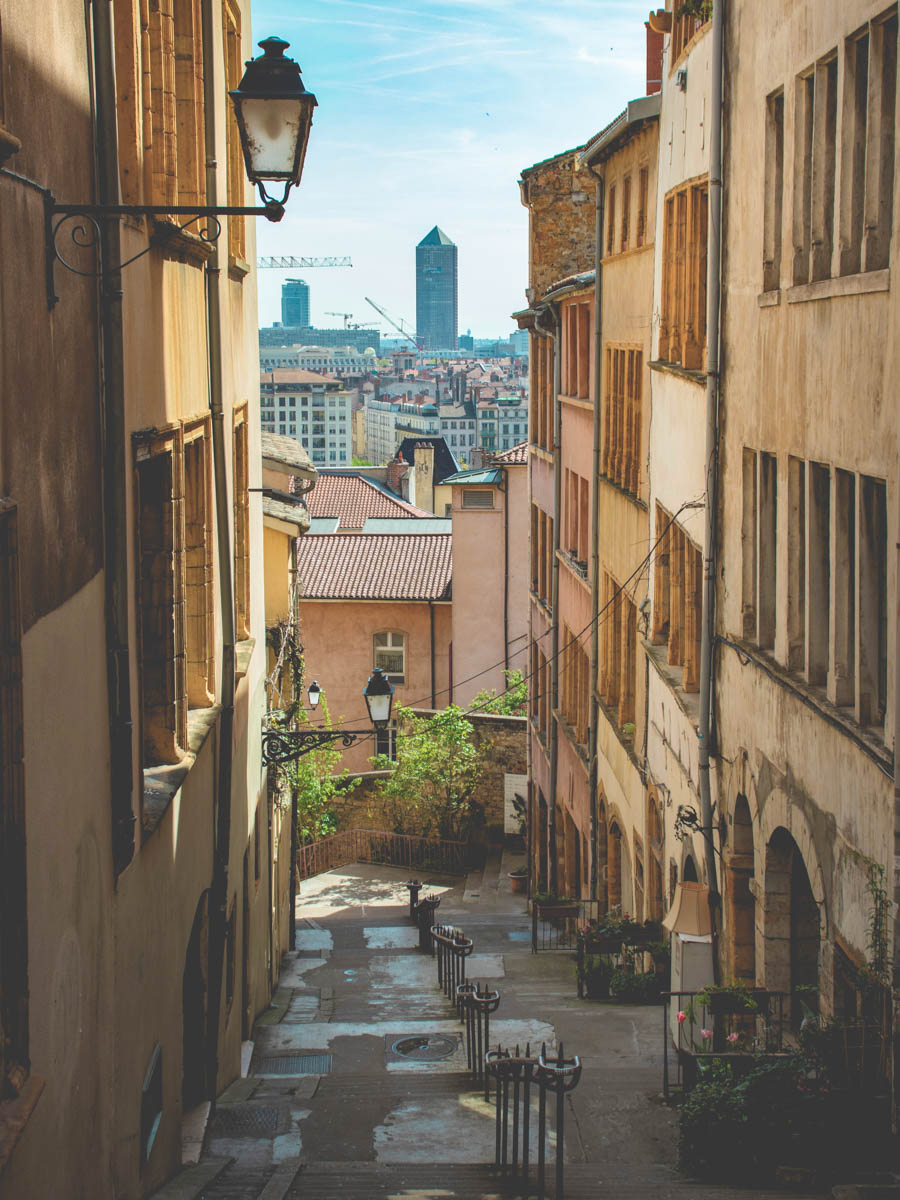 Vieux Lyon, the city’s oldest district, is classified as a UNESCO World Heritage Site and a highlight not to be missed during your stay in Lyon. Here you will find one of Europe's largest areas of preserved Renaissance architecture. Stroll along narrow cobbled alleys and imagine yourself travel back in time. Discover hidden stairways in towers and secret courtyards, as you walk along the hidden passages, or traboules as they are called. Each traboule is unique in its color and design with spiral staircases and arched ceilings. The passageways were built during medieval time and meander between homes, factories and courtyards, allowing people to pass from one street to another without leaving the building. 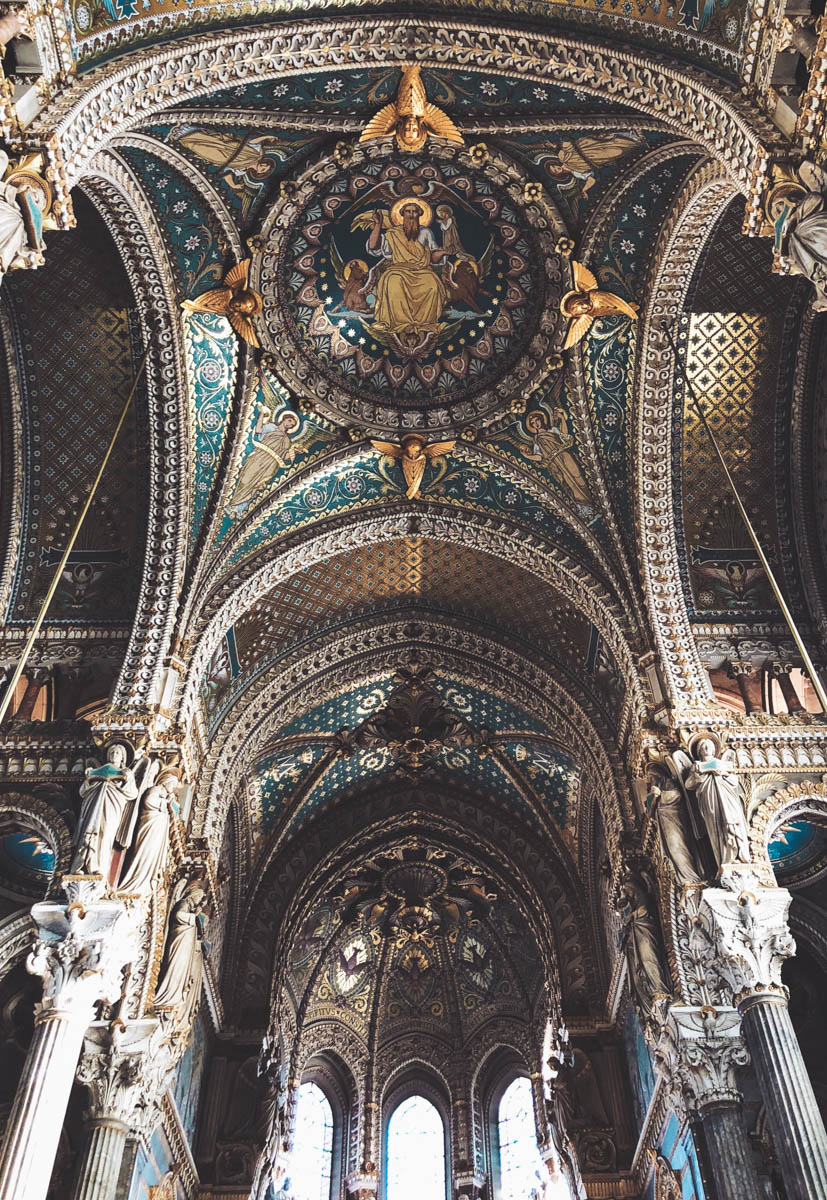 On top of the hill Fourvière mounts the beautiful Basilica of Notre-Dame de Fourvière. Here you will get a fantastic panoramic view of the city. This magnificent white church has become a symbol of Lyon and is one of the city's most popular tourist attractions. The church was built at the end of the 19th century and has been nicknamed "the upside-down elephant" because the building looks like an elephant's body and the four towers appears to be the elephant's legs. Once inside the basilica, you will get stunned by its impressive interior. Wherever you look you will see golden details, mosaics, painted glass and marble. 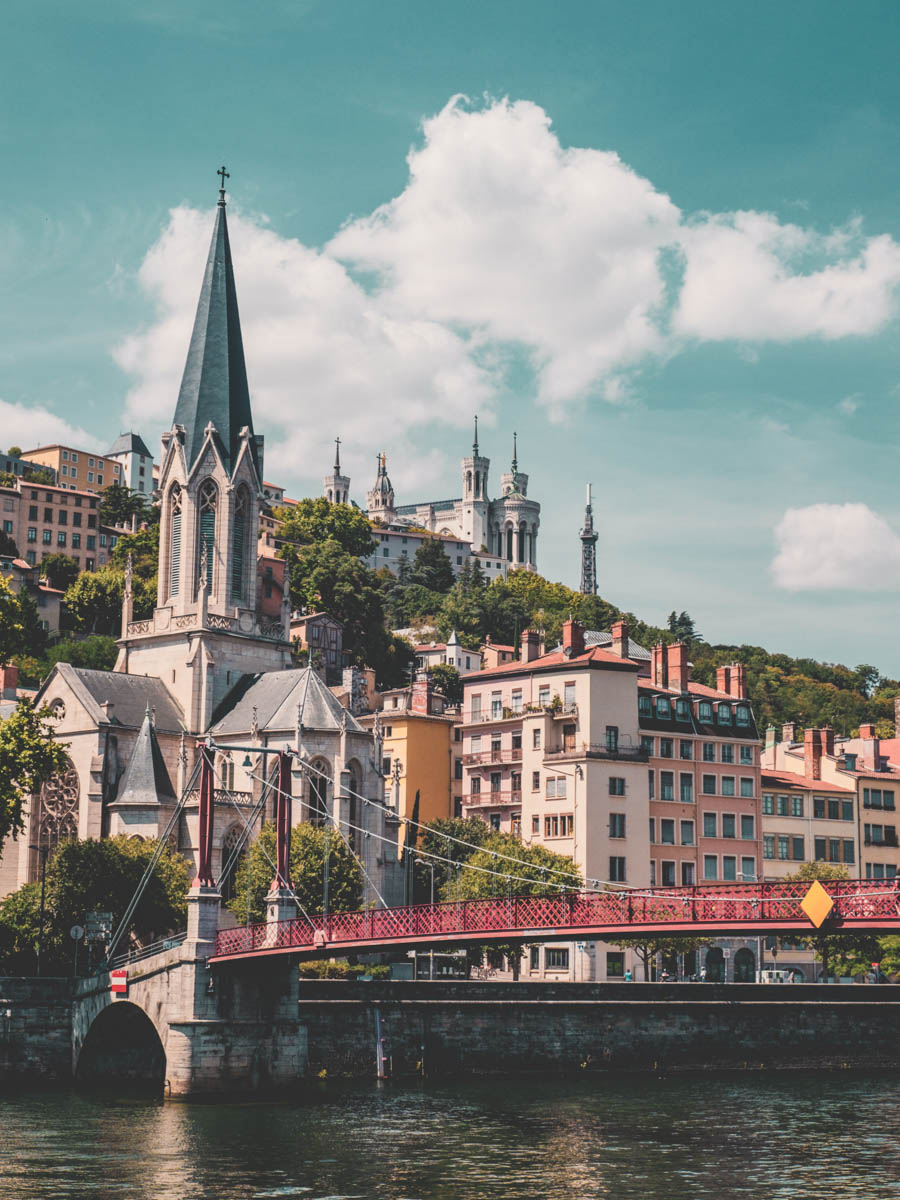 Enjoy the beautiful nature of Lyon

In addition to fascinating architecture and world-class food, Lyon is an incredibly beautiful city with lots of greenery. One of the best ways to discover the city is on foot or by bike. Alongside the two rivers Rhône and Saône, which flow parallel through the city, there are beautiful walking lanes. Stop for a break at one of the restaurant boats or lounge chairs and enjoy the reflections of the sparkling water.

Lyon gives you the opportunity to discover more of France

The geographical location of Lyon makes the city a perfect weekend destination, as part of a road trip or as a stop-over for a longer jorney The city is not only close to the French Alps and the Mediterranean, it is also located just in between Paris in the north and Marseille in the south. Jump on the train to Paris or Marseille for a daytrip. The train ride only takes two hours and you get to enjoy the beautiful nature of France at the same time.